Scroll down for English version.

History of the Alliance Operation City

The Alliance was established by Zagreb based organizations which in early 2005 initiated public discussion and an advocacy campaign for improvement of the position of the non-institutional culture and the youth in the City of Zagreb. The initiating organizations are: two national networks (Clubture Network active in the field of non-institutional culture and Croatian Youth Network active in the youth field), organizations gathered in the cooperation platform Zagreb – Cultural Capital 3000 (Autonomous Cultural Center ATTACK, ShadowCasters, BLOK, Center for Drama Art, Multimedia Institute, Platforma 9.81, Culture Development Association “CDA”, WHW) and Zagreb non-profit cultural and youth clubs (MaMa, Močvara and Attack!).

Following a series of public discussions, as a part of the platform Zagreb – Cultural Capital 3000 the initiators organized a ten day manifestation Operation: City which took place in an abandoned industrial complex Badel in Zagreb in September 2005. Operation: City gathered 26 organizations and initiatives for the purpose of promoting new models of cultural programming, innovative models of using spatial infrastructure and widening public space. Considering the local cultural and political context of the time, the project had a strong focus on raising visibility of the independent cultural production in the wider public and on advocating the needs of the local cultural and youth sectors.

The informal initiative was registered under the name Alliance for the center for independent culture and youth on August, 16, 2006 while the constitutional assembly meeting was held on June 1, 2006. From that day until 2009 the activities of the Alliance were primarily focused on establishing POGON – Zagreb center for independent culture and youth in Zagreb as a hybrid institution (civil-public partnership) based on an innovative model of programming and governing.

With the City of Zagreb the Alliance co-founded the public institution POGON – Zagreb center for independent culture and youth in 2008 which is co-governed by the two founders. One of the main functions of the Alliance is to gather in its formal membership the user organizations of the Center. By becoming a member of the Alliance organizations participate in the governance of the Center which implies, among other things, discussing and passing key governing decisions (eg. appointment of the director), establishing the model of the use of resources and program decision-making, as well as permanent evaluation and improvement of that model.

Therefore, in 2009 and 2010 the Alliance significantly increased its membership. Since the Alliance for Center for independent culture and youth achieved its primary objective by establishing the institution, the organization changed its name into Alliance Operation City and redefined its goals as follows: 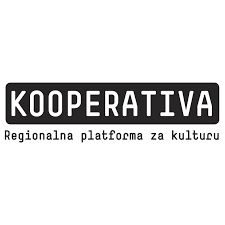